Incidence of glyphosate resistance in NSW 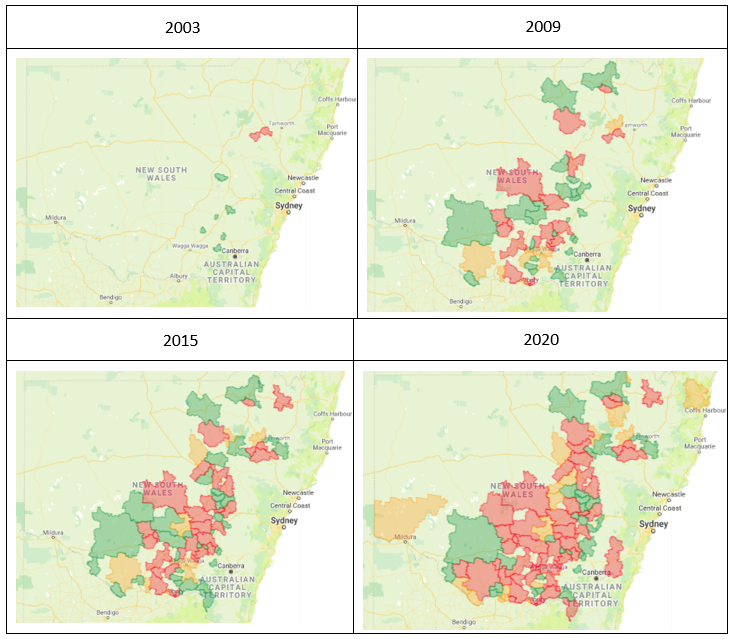 2020 season: The early break in 2020 across most southern cropping regions resulted in an opportunity for knockdown weed control. Multiple applications of glyphosate and paraquat were targeted at multiple flushes of weeds, in particular ryegrass, from early autumn to prior to sowing. Plants surviving glyphosate from WA, SA, Vic and NSW were sent to Plant Science Consulting for testing using the Quick-Test method to verify whether herbicide resistance had contributed to survival in the field. The data presented in Figure 2 indicates that 43%, 70% and 79% of ryegrass samples sent from SA, Vic and NSW in 2020 respectively, were confirmed resistant to glyphosate. This highlights that in a majority of cases in NSW, glyphosate resistance has contributed to reduced control in the paddock.

Discrepancy between resistance testing and paddock failures to glyphosate

In some cases, plants that survived glyphosate in the paddock are not resistant. Reasons for the discrepancy between the paddock and a resistance test can include poor application or application onto stressed plants, incorrect timing, sampling plants that were not exposed to glyphosate, antagonistic tank mixes, inferior glyphosate formulation, poor water quality, incorrect adjuvants, or a combination of the above.

Glyphosate was first registered in the 1970’s and rapidly became the benchmark herbicide for non-selective weed control. Resistance was not detected until 1996 in annual ryegrass in an orchard in southern NSW (Powles et. al. 1998). Only a few cases of resistance were detected in the following decade (refer to Bayer Resistance Tracker app). The fact that it required decades of repeated use before resistance was confirmed indicated that the natural frequency of glyphosate resistance was initially very low. At the current time there are over a dozen species that have developed resistance to glyphosate in Australia (https://www.croplife.org.au/resources/programs/resistance-management/herbicide-resistant-weeds-list-draft-3/). The most important species in NSW are ryegrass, sowthistle, barnyard grass, fleabane and feathertop Rhodes grass. Ryegrass and sowthistle will be discussed below. 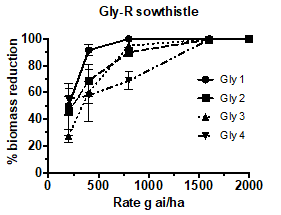 Table 2. Effect of temperature in control of four biotypes of sowthistle from NSW with Glyphosate 540g/L. Data is LD50= dose required to kill 50% of the population.

There are several contributing factors for the increasing frequency of glyphosate resistance with generally more than one factor responsible. Lower application rates can increase the selection for resistance, particularly in an obligate outcrossing species such as ryegrass, resulting in the accumulation of weak resistance mechanisms to create individuals capable of surviving higher rates. This has been confirmed by Dr Chris Preston where ryegrass hybrids possessing multiple resistance mechanisms were generated by crossing parent plants with different resistance mechanisms.

Other factors that can select for glyphosate resistance by reducing efficacy include:

The selection of glyphosate resistance can be reduced by considering the points above.  A number of important pathways to improve glyphosate performance include:

A trial spraying ryegrass during the end of a hot period and a following cool change was conducted in October 2019. Ryegrass growing in pots was sprayed at 8am, 1pm and 8pm with temperature and Delta T recorded prior to each application. Control of well hydrated plants ranged between 0% and 40% when glyphosate was applied during hot weather (30 to 32.5°C) and high Delta T (14 to 16.7), with the lowest control when glyphosate was applied at midday (Figure 4). In contrast, glyphosate applied under cool conditions just after a hot spell resulted in significantly greater control (65%-80%), indicating that plants can rapidly recover from temperature stress provided moisture is not limiting, eg. after rainfall. 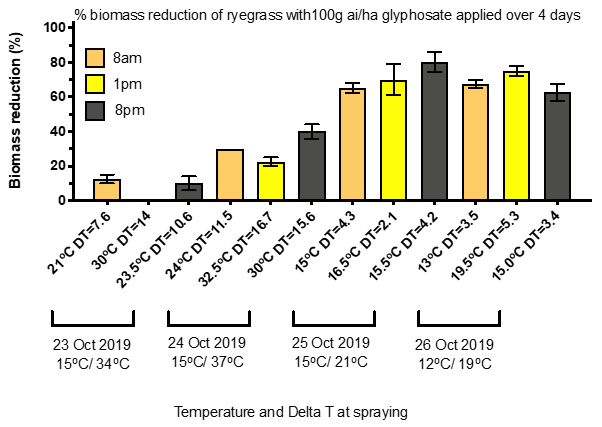 Figure 4. Effect of temperature & Delta T on glyphosate for ryegrass control
(A sub lethal rate was used to differentiate between treatment differences. Plants were grown and sprayed under optimum conditions).

The addition of AMS has several functions. One is to soften water by combining to positively charged ions such as magnesium and calcium common in hard water.  The negative charged sulfate ions combine with the positive cations preventing them from interacting with glyphosate and reducing its solubility and leaf penetration. Additionally, AMS has been shown to independently improve glyphosate performance, as the ammonium ions can work with glyphosate to increase cell uptake. In a pot trial conducted with soft water, ammonium sulfate was shown to significantly improve control of ryegrass with 222ml/ha (100g ai/ha) of glyphosate 450 (Figure 5). As a general rule, growers using rainwater (soft) should consider 1% liquid AMS, if using hardwater (i.e. bore, dam) 2% AMS. The addition of a wetter resulted in a further improvement in control. 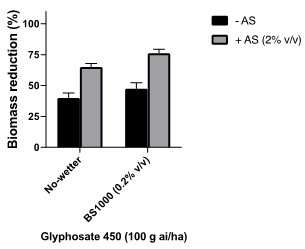 Figure 5. Effect of ammoniu sulfate (AS) and wetter on glyphosate for ryegrass control
(A sub lethal rate was used to differentiate between treatment differences. Plants were grown and sprayed under optimum conditions). Figure 6. Effect of ryegrass growth stage on glyphosate activity
(A sub lethal rate was used to differentiate between treatment differences. Plants were grown and sprayed under optimum conditions).

A double knock strategy is defined as the sequential application of two weed control tactics directed at the same weed cohort (germination). The most common double knock strategy is glyphosate followed by paraquat. This has been widely adopted to prevent or combat glyphosate resistance in several weed species, including ryegrass. The first ‘knock’ with glyphosate controls the majority of the population, with the second ‘knock’ (paraquat) intended to kill any individuals that have survived glyphosate. Trial work conducted by Dr Christopher Preston (Figure 9) showed that control was optimised when the paraquat was applied 1-5 days after the glyphosate for two glyphosate resistant ryegrass populations. However optimal timing depends on weed size and growing conditions, with at least 3-5 days often being required for full glyphosate uptake and translocation, especially in larger plants. In this study, when the glyphosate resistant plants were left for 7 days before the paraquat application they can stress, resulting in the absorption of less paraquat, reducing control with the second tactic. If growing conditions are poor or plants large, the stress imposed by glyphosate maybe further delayed. In the 2020 season, 13 phalaris plant samples from populations in paddocks collected from NSW and Qld were tested.  Resistance to Group A and/ or B herbicides was confirmed in 10 samples (Table 3).

Table 3. Percent (%) survival of phalaris from NSW and Qld to herbicides. Testing of plants growing in paddocks in 2020 using the Quick test was conducted by Plant Science Consulting. (* herbicide not tested)

This is the first case of Group A resistance in Echinochloacrus-galli detected in Australia.

Over 100 samples of wild oats were received in 2020, some as plants during the cropping season and most as seed tests currently being testing. The most common resistance detected is to Group A herbicides. No resistance to triallate has been confirmed. Flamprop-methyl, previously registered as Mataven® and now available as several generic brands, is being included by some growers in their resistant test options.

The only new case of resistance in annual ryegrass is to paraquat. About half a dozen populations from SA, Vic and WA have been confirmed. Most cases are from situations where paraquat is frequently applied such as lucerne and white clover seed production, fencelines and non-cropped areas. The two Victorian cases however are from cropping paddocks. No cases (to my knowledge) have been detected in NSW. The fact that paraquat resistance has been confirmed in annual ryegrass is of great concern.

Annual ryegrass is the dominant weed of the northern cropping region, despite little or no occurrence of this species in Queensland. Across NSW approximately 70% of annual ryegrass populations are resistant to one or more herbicides (Figure 8), therefore as this species continues to migrate northwards into Queensland it will be resistant populations that establish in these cropping regions. Figure 8. Distribution of northern region annual ryegrass populations that are susceptible (green circles) or resistant (red squares) to one or more herbicides.

Wild oat is the next most resistant weed of the northern cropping region with approximately 40% of populations resistant to one or more herbicides (Figure 9). The majority of this resistance is to the Group A herbicide clodinafop (Table 5). Resistance to this herbicide was similar in northern NSW (34%) and Queensland (33%). The highest frequencies of resistance were found in the eastern NSW area where 46% were resistant to clodinafop, with the extent of resistance in Queensland populations higher than all NSW regions except for the eastern area (Table 5). 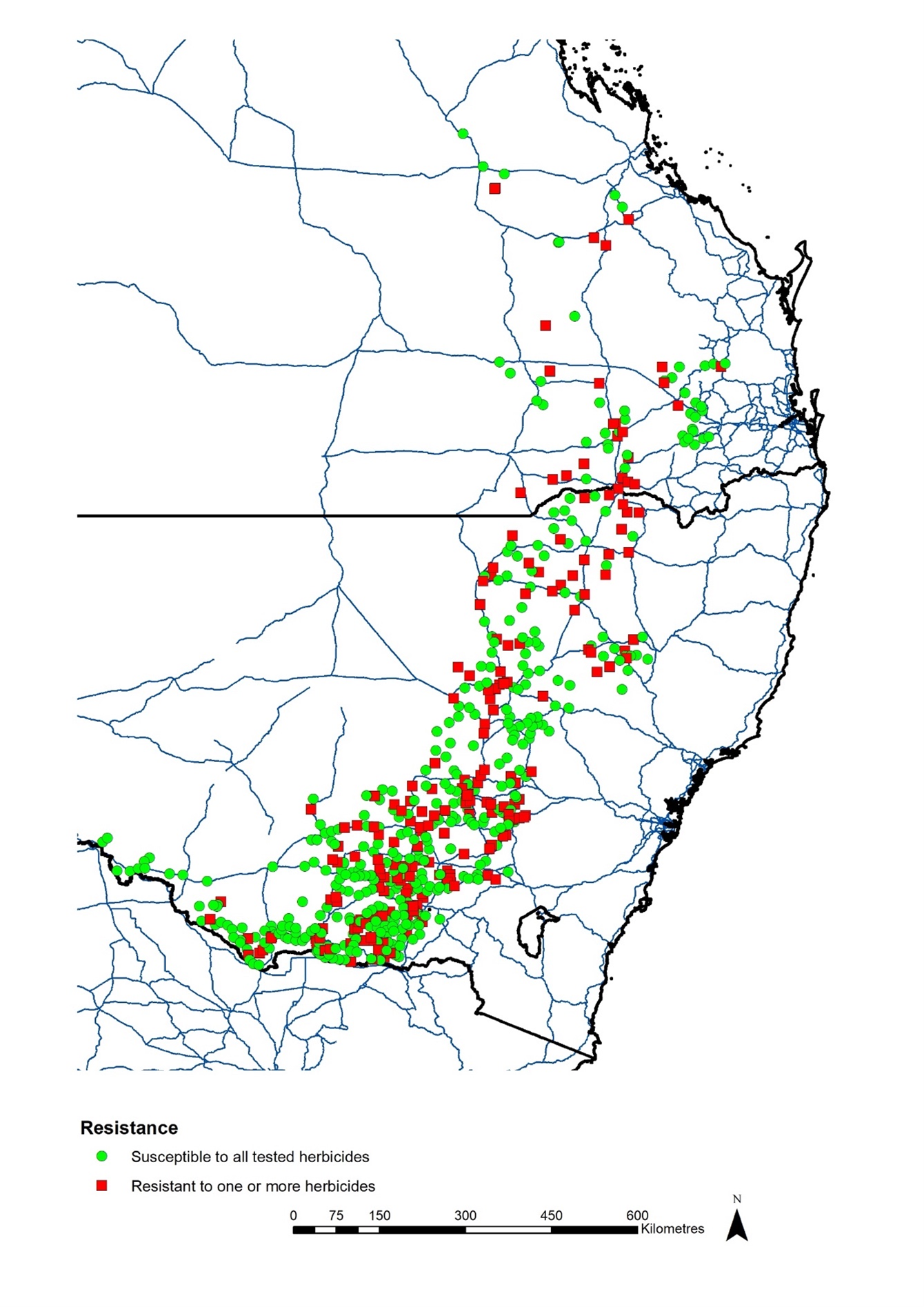 Table 6. Extent of herbicide resistance in populations of the other species collected in random surveys of the northern cropping region (NSW and Qld) (Resistance >20% survival, * herbicide not tested or not applicable for species)

An additional survey collected weed species across northern NSW and Queensland in summer 2016/17.  The species collected during this survey included awnless barnyard grass, feathertop Rhodes grass, fleabane and some additional sow thistle samples.  These samples were screened for resistance to glyphosate with a significant percentage of populations for all species except for sow thistle resistant to this herbicide (Table 7).

While paraquat resistance remains very low, glyphosate resistance in ryegrass is increasing at a rapid rate. The early break in autumn 2020 resulted in the testing of about 200 ryegrass populations prior to sowing with over half confirmed resistant to glyphosate. Decades of strong selection pressure resulting from repeated use coupled with application under suboptimum conditions has played a major role. More efficient use of glyphosate combined with effective IWM strategies is required to reduce further increases in resistance in ryegrass and sowthistle.