The HYC project is a GRDC investment which runs from 2020 to 2024. The project, led by FAR Australia, follows on from the successful Tasmanian Hyper Yielding Cereals project which established new benchmarks for wheat and barley productivity in the state. The new project based in the high rainfall zone (HRZ) regions of five states Victoria (Vic), South Australia (SA), Tasmania (Tas), New South Wales (NSW) and Western Australia (WA), aims to produce aspirational yields of wheat, barley and canola by examining the key agronomic and farming system levers to achieve higher yielding crops that are both more productive and profitable.

The HYC project is made up of four key components which are fully interlinked with each other. These are shown in Figure 1. Five research centres have been established and are located at Gnarwarre (Vic), Millicent (SA), Wallendbeen (NSW), Green Range (WA) and Hagley (Tasmania). The HYC research centres are being led and managed by FAR Australia in collaboration with Brill Ag, CSIRO, the Department of Primary Industries and Regional Development in WA, the SA Research and Development Institute (SARDI) and Southern Farming Systems (SFS). Each of the centres are based on intensively managed small plot trials which are used to identify high yield potential cultivars suited to local environments and determining the most appropriate agronomic management tactics – including nutrition, canopy and disease management strategies.

In order to get the regional research findings out to the local growers the project has engaged four farming system groups (FSG) across the country to set up a number of regional Innovation groups. These are small groups of about 10 -12 growers who will share thoughts and ideas with each other and meet in each others’ paddocks a couple of times during the season. The farming system groups are Southern Farming Systems (SFS) in Tas and Vic, MacKillop Farm Management Group (MFMG) in SA, Riverine Plains Inc. in NSW, and Stirling to Coast Farmers in WA.

In 2020 twelve Innovation groups have been established across the five states and there has been a significant amount of interest to increase this number in 2021, as more growers want to take part in the project.

A number of research questions have been raised within the Innovation groups and the relevant FSG project officer helps to facilitate the design, setting up and the taking of key assessments of what are known as Focus paddock strip trials. These Focus paddock trials will also help road-test the findings of the local HYC research centres by taking research and development learnings from small plot to larger paddock-scale trials. It allows the growers to connect between the research science and in the paddock farming.

This component of the project enables a ‘seeing is believing’ approach, where growers can see the differences they are getting in their paddocks, on their soils, using their own equipment; this is further supported by the local project officers by taking key measurements during the season. By measuring these strip trials and setting them up with a level of replication they can have confidence in the results and then take these learnings and add them into their management, where appropriate.

The project aims to enlist five Focus paddock trials in each state, or on 25 farms across the country, by 2021. There are currently 24 Focus paddock strip trials in 2020.

The agronomic focus of the on-farm strip trials is to optimise yield potential and this is being driven by members of the Innovation groups. For instance, one of the groups has nominated mid-season nitrogen fertiliser management in wheat for Focus paddock trials. Figure 2 shows the range of Focus paddock trials undertaken in 2020. 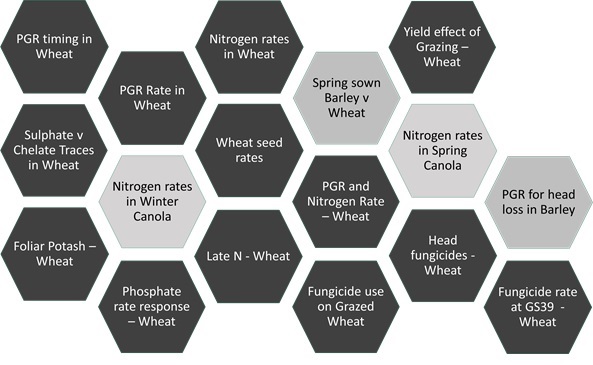 The final component of the research project is the HYC Awards program. The HYC Awards program aims to provide agronomic benchmarking for the performance of growers’ wheat paddocks and, ultimately, help them to identify the agronomic management practices that contribute to achieving not only higher yields but also what might be limiting their yield potential on-farm. This will be analysed both at a regional level but also nationally, where appropriate.

In order to give growers a theoretical yield target to aim for and also a yield to be judged against in their environment, the project has engaged John Kirkegaard from CSIRO to develop a ‘Potential Yield Model’. In broad terms this looks at how good the crop is at capturing water and sunlight and converting these resources into biomass and hence yield.

The water capture is clearly driven from both rainfall and irrigation, and then its availability is affected by the soil depth, texture and structure. The sunlight capture is based on optimising the green area of the canopy, especially during the spring and its duration before the crop senesces. The potential yields obtained through this model will be the basis for two awards per region:

The HYC Awards aren't about who got the best yield, although that will create some local rivalry, but rather it’s about trying to build a whole community of interest, not just in what went right but also what can sometimes go wrong. It's an opportunity for growers to look, compare and discuss those individual factors that help achieve the full yield potential in their environment. The rainfall collection and sunlight capture per paddock has been put together using SILO data and the GPS reference of the paddock. All the relevant data is being entered into the HYC portal which is being developed in collaboration with CeRDI at Federation University, Ballarat. This produces output such as shown in Figure 4 to Figure 8, using details taken from the HYC portal for each paddock. 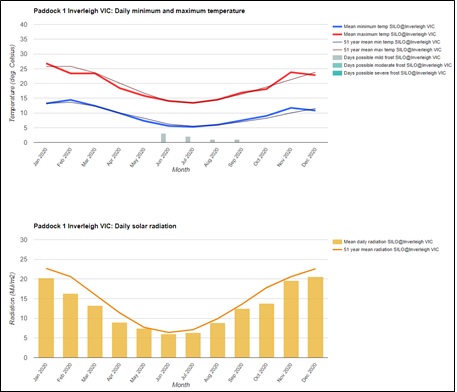 Figure 3. Extract of Silo rainfall data from the paddock data collected on the HYC portal. 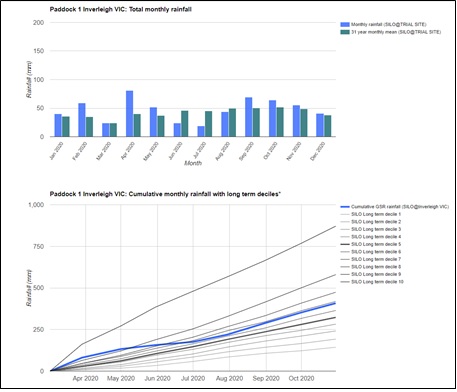 Figure 4. Extract of Silo temperatures and solar radiation data from the paddock data collected on the HYC portal.

The HYC project officers were tasked with finding nominations for about 50 wheat paddocks in total (about 10 paddocks per state) as part of the Awards program in 2020 but due to the high level of interest they have ended up with over 60 this season.

Wheat paddocks were nominated for the HYC Awards during July and August, across the five states and many have come from the Innovation group members themselves. The project officers have been collecting data from growers and agronomists and entering into the HYC portal. This includes all the standard background paddock input data that a grower would collect, see part of the paddock records in Figure 5. 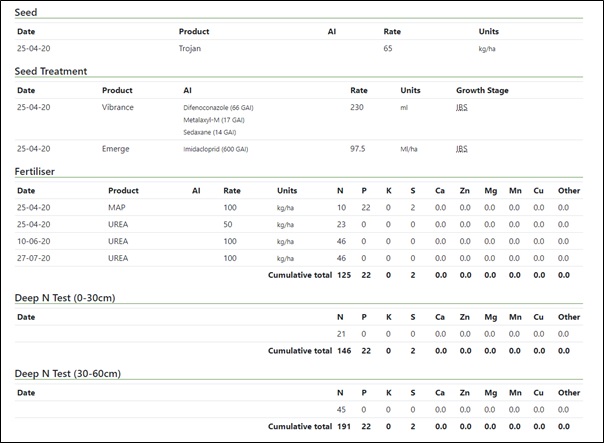 Figure 5. Extract from the paddock data collected on the HYC portal

Project officers have also taken soil tests, peak biomass cuts at GS65 (mid flowering) and harvest biomass cuts including head counts. A sub sample has then been sent to the team at FAR Australia to analyse yield components such as grains/head and harvest index.

A grain sample is also collected from each paddock and this will have both a physical grain test analysis (protein%, test weight and screenings) undertaken, and a full grain nutrient analysis undertaken by APAL, which will be analysed as part of the data set and included in a report.

Having collected all of this data the HYC Awards will produce a report for each grower showing regional comparative data across forty different metrics, but also where their individual paddock value compares against all other HYC Award paddocks. This will be done using histogram bar-charts, comparing the individual grower value with everyone else’s in that region and with critical values, if available and appropriate. This means the data used in the report will be completely confidential and only the individual grower will know their values.

Figure 6, Figure 7 and Figure 8 are some examples of the 40-plus metrics that will be put together in the HYC Awards report As the final data from 2020 wasn’t available at the time of writing, these examples use simulated data. 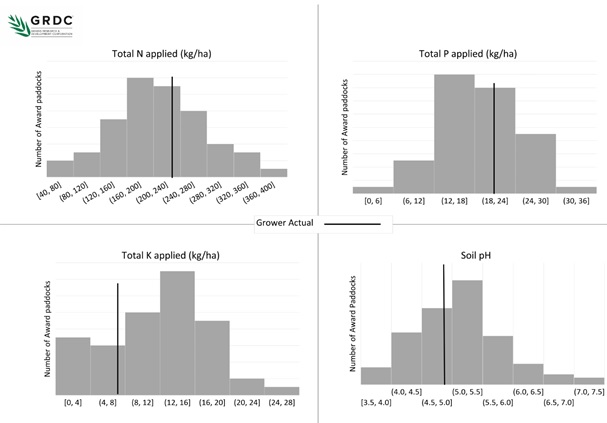 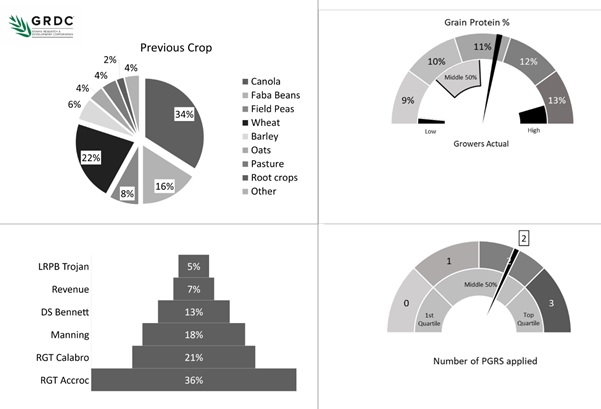 The Hyper Yielding Crops project is based in the HRZ regions of five states: Vic, SA, Tas, NSW and WA. It aims to produce aspirational yields of wheat, barley and canola by examining the key agronomic and farming system levers to achieve higher yielding crops that are both more productive and profitable. There is a strong focus on getting the research to the growers and so Innovation groups have been established in the five states and within these groups there are Focus paddock trials for groups to answer a research question on a paddock scale strip trial.

The project is also providing a comprehensive paddock agronomic benchmarking report for HYC Award entrants, which will analyse over forty metrics from regional entrants and compare them with the individual growers levels. They will also be provided with a potential yield target for their crop.