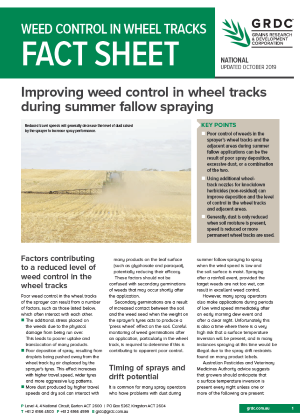 Poor weed control in the wheel tracks of the sprayer can result from a number of factors, such as those listed below, which often interact with each other.

These factors should not be confused with secondary germinations of weeds that may occur shortly after the application.

Use https://grdc.com.au/weed-control-in-wheel-tracks to ensure your link remains current and up-to-date!