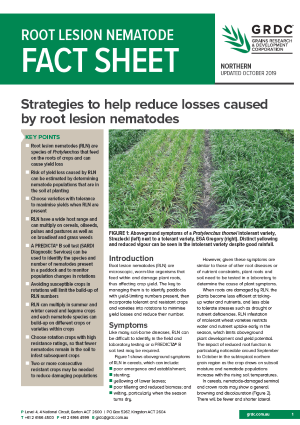 Root lesion nematodes (RLN) are microscopic, worm-like organisms that feed within and damage plant roots, thus affecting crop yield. The key to managing them is to identify paddocks with yield-limiting numbers present, then incorporate tolerant and resistant crops and varieties into rotations to minimise yield losses and reduce their number.

Use https://grdc.com.au/root-lesion-nematode-northern to ensure your link remains current and up-to-date!