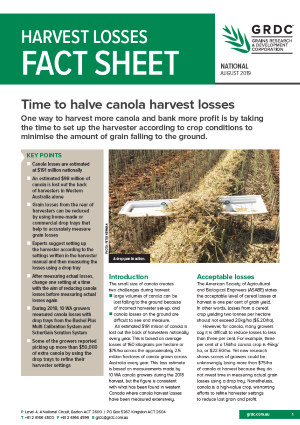 One way to harvest more canola and bank more profit is by taking the time to set up the harvester according to crop conditions to minimise the amount of grain falling to the ground. The small size of canola creates two challenges during harvest:

Use https://grdc.com.au/time-to-halve-canola-harvest-losses to ensure your link remains current and up-to-date!