Insecticide resistance issues in broadacre cropping continues to outpace the availability of novel control options. In this paper, we discuss the latest findings on a major pest that has developed resistance to key chemical groups, the green peach aphid (Myzus persicae, GPA), and present a new Resistance Management Strategy developed specifically for Helicoverpa armigera in grains. We also provide new research on the efficacy of seed treatments against Russian wheat aphid (Diuraphis noxia, RWA).

Green peach aphid is a widespread and damaging pest of canola and a range of pulse crops, causing damage by feeding and transmitting viruses. Five chemical subgroups are registered to control GPA in grain crops: carbamates (Group 1A); synthetic pyrethroids (SPs - Group 3A); organophosphates (OPs - Group 1B); neonicotinoids (Group 4A); and sulfoxaflor (Group 4C). Paraffinic spray oils are also registered for suppression of GPA.

Despite widespread resistance to the carbamate, pirimicarb, in GPA populations (Figure 1), this insceticide remains important to the control of other canola aphid species of similar appearance (e.g. cabbage aphid). Thus, it is important to properly identify aphids before spray decisions are made. Figure 2 highlights some key features that can be used to distinguish GPA from other similar species found on canola (with a hand lens). If a hand lens is unavailable, GPA will usually be found on lowest, oldest leaves, typically in sparse family groups, while turnip aphid & cabbage aphid are more commonly found in large colonies on flowering spikes.

Neonicotinoid resistance conferred by enhanced expression of the P450 CYP6CY3 gene was discovered in Australian GPA populations in 2016 by cesar and CSIRO researchers. Laboratory bioassays revealed these aphids to be ~10 times more resistant to a topical application of a neonicotinoid to a susceptible population. However, overseas GPA are known to carry an R81T gene mutation of the nicotinic acetylcholine receptor that confers ~1000 times resistance to neonicotinoids resulting in field control failures, as well as cross-resistance with Group 4C chemicals such as sulfoxaflor. Australian GPA may acquire this high-level resistance if neonicotinoid selection pressures remain high, or if there is an incursion of overseas GPA carrying the R81T mutation. 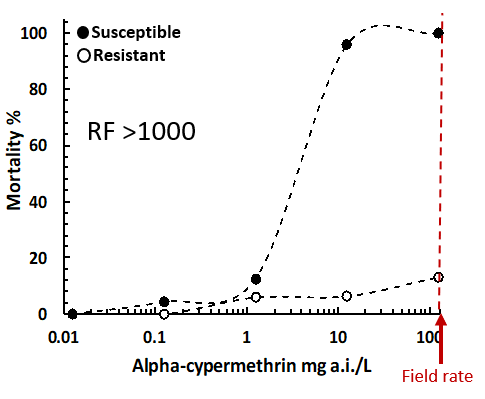 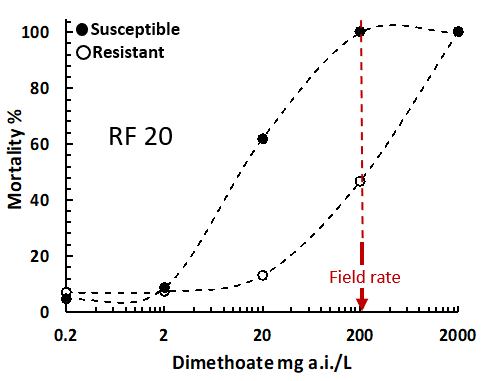 Figure 2. To assess the applicability of pirimicarb to other non-resistance aphid species of similar appearance, green peach aphid should be distinguished using diagnostic traits.

Helicoverpa armigera is a major pest of grains crops. Direct feeding by H. armigera reduces yield of pulses, oilseeds, coarse grains and, occasionally, winter cereals. Losses come from direct weight loss through seeds being wholly or partly eaten. Grain quality may also be downgraded through unacceptable levels of chewed grain. Although widely distributed and recorded in all states and territories within Australia, H. armigera is more common in the northern or coastal regions of eastern Australia, particularly in warmer regions. In cooler regions, they are generally only problematic in summer.

There are over 200 insecticide products registered in Australia against H. armigera for grains, cotton and vegetable crops. The majority are from 3 chemical sub-groups with broad-spectrum activity: carbamates (Group 1A); organophosphates (Group 1B); and synthetic pyrethroids (Group 3A). However, insecticides from Group 6 (emamectin benzoate), Group 22A (indoxacarb) and Group 28 (chlorantraniliprole) are become more widely used in pulses due to high efficacy and low impact on natural enemies. Control is complicated because field populations are resistant to numerous insecticide groups (Table 1). Due to these factors, timing of chemical applications and coverage are critical, and growers need to understand how to minimise yield loss without furthering resistance levels.

* Not registered to control H. armigera in grain crops.

A new Resistance Management Strategy (RMS) has recently been produced for H. armigera in Australian grain crops and will be available for the 2018 field season. This RMS was developed by the National Insecticide Resistance Management (NIRM) working group of the Grains Pest Advisory Committee (GPAC), and is endorsed by CropLife Australia.

The general rationale for the design of the strategy is that chickpeas and mung beans are currently, and for the foreseeable future, the crops in which the use of insecticides is most likely to have the greatest impact on the management of resistance in H. armigera populations. Therefore, the strategy is primarily focused on insecticide modes of action (MoA) rotation in these systems and is built around product windows for Altacor and Steward because:

There are two RMS regions:

The RMS provides window-based recommendations common to southern QLD, central & northern NSW because H. armigera moths are highly mobile and have the capacity to move between these regions, potentially increasing the risk of further exposing cohorts of insects previously selected for resistance.

We have limited knowledge of the likely risk of H. armigera occurrence in winter crops in the southern and western grains regions (Victoria, South Australia and Western Australia) because there has been little formal monitoring for this species in these regions. However, there is some historical data, and anecdotal records of H. armigera outbreaks in the southern region, which suggests that in some years and regions there is a risk of control failure and/or selection of resistance in the Helicoverpa population because of the presence of H. armigera.

No RMS is currently proposed for the southern and western grains regions. Biological indicators are that the risk of H. armigera occurring in winter crops, at densities where control failures may occur, is presently considered low. However, if required, the Central Grains region RMS may be adapted for H. armigera management in summer crops in these regions.

The new RMS for grain crops is not intended to ‘sync’ with the cotton IRMS. Recommended windows for use in the two industries do not align, and the level of insecticide used for Helicoverpa control in cotton is relatively small in comparison with the areas of winter and summer pulses potentially treated each year. It is considered that insecticide use patterns in cotton pose little risk to the ongoing management of resistance, relative to the risk posed by year-round, high level use in grains.

For further information on the cotton IRMS go to the 2017-18 Cotton Pest Management Guide.

Russian wheat aphid (Diuraphis noxia, RWA) was first detected in Australia in 2016. The host range of RWA includes more than 140 species of cultivated and wild plants within the family Gramineae (grasses). These include wheat, barley, triticale, rye, oats, pasture grasses and wild genera including Poa, Bromus, Hordeum, Lolium, Phalaris and others. Wheat and barley are most susceptible, while triticale, rye and oats are less susceptible.

Unlike other cereal aphids that damage plants by removing nutrients, RWA also injects salivary toxins during feeding that cause rapid, systemic phytotoxic effects on plants, resulting in acute plant symptoms and potentially significant yield losses. Even a few aphids can cause plant damage symptoms to appear as early as 7 days after infestation. These include:

ɸNo insecticides(seed dressings or in-crop application) are currently registered for use in Australia, but use is permitted under the following permits: PER81133, PER82304 and PER83140.

All seed dressings tested provided effective aphid control up to 5 weeks after emergence, with higher rates generally providing several weeks extra protection over lower rates of the same product. Oat aphids generally persisted and reproduced on wheat at an earlier time-point than RWA, suggesting that RWA is less tolerant to the insecticide seed dressings tested. This suggests that management of cereal aphids in Australia using insecticide seed dressings is likely to achieve similar, if not better, control of RWA as oat aphid.

The research presented here is made possible by the significant contributions of growers through both trail cooperation and the support of the Grains Research and Development Corporation. The authors would like to thank them for their continued support. A special thanks to members of the NIRM working group, especially Lisa Bird (NSW DPI) and Melina Miles (QDAF) for their contributions and reviews in relation to H. armigera. We would also like to acknowledge other collaborators including Julia Severi (cesar), Ary Hoffmann (University of Melbourne), Owain Edwards (CSIRO) and Jenny Reidy-Crofts (CSIRO). The authors also acknowledge the assistance of Ken McKee & David Landmeter (Syngenta Australia), Shane Trainer (Bayer Crop Science) and Colin Edmondson (Advanta Seeds).